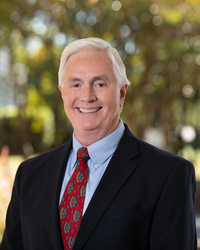 Ralph DiLeone obtained his Bachelor of Science degree in accounting from Case Western Reserve University in 1977, after which he worked for Arthur Andersen & Company in Cleveland, Ohio as a Senior Tax Accountant, and then Marathon Oil Company in Findlay, Ohio as an international tax analyst. Ralph then earned his Juris Doctor cum laude from The University of Toledo College Of Law in 1984 and continued utilizing his accounting and tax background when he began practicing law in 1984.  After about 17 years in large law firms and serving as General Counsel/ Senior Vice President for both a large publicly traded and a privately held corporation, Ralph started his own business – The DiLeone Law Group, PC.  His combination of legal, accounting and business experience has been very influential in operating his own business and in counseling his clients.

Ralph concentrates on all of the general business and corporate matters in which the Firm currently concentrates for U.S. and international corporations in such industries as technology, manufacturing, hospitals, physicians and other health-care organizations, banks, tax-exempt organizations, and various other service businesses. 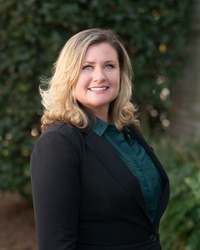 Alicia Journey is a member of the United States Supreme Court Bar and the California State Bar. She holds her BA in Psychology and Neuroscience from Westmont College. She graduated from Pepperdine School of Law in 2009 with her Juris Doctorate. In the same year, she received a degree in Dispute Resolution from Straus Institute in Dispute Resolution.

Alicia worked on Capitol Hill in Washington D.C. as a Legislative Analyst for various members of Congress and the Committee for Ways and Means. She also spent time at the Unites States Attorney’s Office in Los Angeles and was a prosecutor for the Riverside District Attorney’s office specializing in Domestic Violence, Sexual Assault, Child Abuse and Elder Abuse and tried 34 trials from misdemeanors to three- strike prison cases and attempted murders. She spent time training law enforcement on investigating these crimes.

After leaving the District Attorney’s office she opened her own law practice focused on business, family and estate planning law.

She was appointed as the Vice Chair of the Mental Health Commission and the Behavioral Wellness Commission for Santa Barbara County in California.

She also started her own non-profit for survivors of Domestic Violence and Sexual Assault called Beyond the Bruises.

She is a recent transplant to the Raleigh, NC area and considers her most sacred job to be mom to her 13 year old daughter and 8 year old son. She is an active member of North Carolina Bar Association, Athena Emerging Leaders, Wake Woman Attorneys and the Wake County Bar Association. She is also a Continuing Legal Education speaker on burnout, mental health, resiliency and stress management in the legal profession. 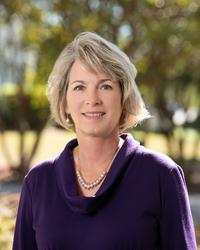 Rosemary Thomas Boles is a native of North Carolina.  She was born in Fayetteville and grew up in Wilmington.  She graduated from John T. Hoggard High School and attended the University of North Carolina at Wilmington for several semesters, then attended the Miller-Motte Business College.  She has resided in Charleston, South Carolina, Nashville, Tennessee and Virginia Beach/Norfolk, Virginia.  She has over 30 years for experience as an administrative assistant in various corporate office environments.

Rosemary joined The DiLeone Law Group, P.C. in January 2015 as the firm administrator.  She currently oversees the business administration of the firm, as well as assisting the firm in business and corporate matters, estate planning and estate administration.